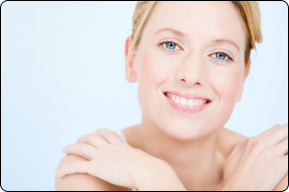 Doctors in our practice have provided bioidentical hormone replacement therapy to thousands of patients over the years, including several hundred individuals using pellet insertion. The dramatic benefits we have seen have led us to a further review of the literature. What we have found is a convincing body of evidence supporting the use of hormone replacement in general, and by pellets in particular, in many groups of women, and in men.

Bioidentical, natural hormones are hormones that have the same biochemical structure as those produced by the human body. These hormones are plant-derived, natural hormones that are then chemically changed to mirror human hormones. Because they are not artificial molecules designed by pharmaceutical companies, they cannot be patented. Bioidentical hormones are available through compounding pharmacies as ordered specifically by a doctor. They are also available in many different forms, including capsules, sublingual tablets, drops, creams, patches, injections, and subcutaneous pellets. The choice of delivery method often depends on the individual patient’s needs, and some methods can be more effective than others.

Bioidentical hormone pellets are rice-grain-sized cylinders made to dissolve continuously under the skin over a 3-6 month period. They are impregnated with natural formulations of estradiol and/or testosterone. After numbing the skin with lidocaine, a tiny, 1/8th inch incision is made in the upper outer area of the buttock, and the pellets are inserted into the
layer of fat just beneath the skin. Unlike transdermal creams and gels, and oral capsules, pellets release their hormones continuously throughout the day and night, maintaining constant blood levels. Constant levels prevent deficiency symptoms such as hot flashes and night sweats, anxiety or insomnia, and increase the physiologic benefits of these hormones on bone density, cognitive and cardiovascular status.

The following is a compilation of reported benefits of hormone replacement, and an assessment of purported risks. In the end, you may wonder why so many women have been denied this life-enhancing therapy. 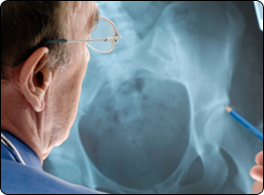 The loss of hormones with menopause leads to a progressive depletion of bone calcium, most rapidly during the five years surrounding menopause. As the vertebrae develop microfractures, often without pain, women shrink and their spines bend. This deformity and loss of height are irreversible, debilitating, and demoralizing. They are also unnecessary because hormone replacement therapy maintains bone density. We have, in fact, measured frequent increases in bone density, even in women in their ninth decade of life, using bioidentical hormones in combination with exercise, dietary changes, and supplemental calcium, magnesium, strontium, vitamin D, and vitamin K. Many physicians recommend prescription bisphosphonates. These drugs do increase bone density but may cause swallowing difficulties and abdominal pain. They may also cause destruction of the jawbone, especially in people with periodontal disease or undergoing dental procedures. There is also some question that the quality of bone produced by bisphosphonates may be defective, and lead to increased fracture risk. We have found that bone density can often be raised in ambulatory women without bisphosphonates.

The best way to measure bone density is with a Dexa scan. This is a low-dose x-ray device that measures bone density in the hip and lumbar spine, the two areas most damaged by osteoporosis. The x-ray exposure using this technique is minute compared with a mammogram or even a chest x-ray. We perform Dexa scans at the time of menopause, yearly in women under therapy for osteoporosis, and every two years in women with normal bone density. Women with superior bone density and optimal lifestyle can safely wait five or ten years before repeating the test.

Hormone pellets containing estrogen and testosterone are used. Estrogen and testosterone both increase bone density. Pellets promote an increase in bone density superior to any other hormone formulations. Sixteen post-menopausal women were treated with hormone pellet implants for one year. (Obstet Gynecol. 1994 Feb;83 (2): 180-83) Average bone mineral density increased a dramatic 11.5% at the spine and 4.34% at the hip. In addition, bone biopsies revealed the formation of more mature, durable collagen. Collagen is the connective tissue framework into which mineral is deposited to create bone. The quality of collagen is a major determinant of bone strength.

In another study, 23 post-menopausal women were treated with estrogen and testosterone pellets for one year. The average age was 52, and they were 1-12 years past menopause.(Amer J Obstet Gynecol 1990 Nov; 163: 1474-79). Bone density increased 8.3% at the spine and 2.8% at the hip. Had they been a result of patent drug use, these results would have been trumpeted widely by the sponsoring pharmaceutical company.

Pellets provide a further increase in bone density even in women previously on other forms of hormone replacement. (BJOG 2005 Aug; 99 issues 9, 757-760) Twenty women were receiving long-term oral estrogen replacement. Ten changed to estrogen and testosterone pellets, and then continued with oral hormones. After one year, Dexa bone density was increased 5.7% at the spine, and 5.2% at the hip, in women using the pellets and was unchanged in women on oral replacement.

We recommend hormone pellets preferentially for all women with severe osteoporosis, and for those with inadequate response to other hormone preparations. Their greater effect probably derives from the constant elevation of hormone levels, in contrast to the variable elevation offered by other formulations.

Loss of estrogen leads to atrophy, thinning, and wrinkling of the skin. This makes women look older. Hormones prevent and reduce these changes. Collagen is the main structural component of the skin. Collagen loss in the skin is 30% in the first 5 years of menopause.(Ob-Gyn 1987; 70 (6): 840-845).

As noted in a review, (Am J Clin Dermatol. 2.1; 2(3):143-50) estrogen prevents a decrease in skin collagen and maintains skin thickness. Estrogen maintains skin moisture by increasing hyaluronic acid and mucopolysaccharides. Wound healing is faster and more thorough with supplemental estrogen.

Another study reveals a correlation between osteoporosis and skin atrophy. (Maturitas. 1994 Mar; 18(3):199-206) In postmenopausal women, bone mass and skin collagen declined in parallel with aging, with a very high probability value of 0.0001.

Alzheimer’s disease increases with age. It is more common in women than in men. It is the main diagnosis resulting in nursing home placement. Women receiving estrogen replacement therapy had a 60% reduced risk of Alzheimer’s disease compared with women who did not receive estrogen, provided that the duration of therapy was maintained for at least 10 years. (JAMA. 2002 Nov 6;288(17)2123-29)

Nearly 9000 elderly women in another study were followed for over 14 years. (Arch Intern Med 1996; 156:2213-2217). Evaluating those with Alzheimer’s disease listed on the death certificate, the incidence of Alzheimer’s disease in hormone users was 35% less than in non-users. The authors concluded that increased estrogen dose afforded increased
protection.

Estrogen has a number of effects that may reduce the incidence of cardiac disease. In postmenopausal women with normal blood pressure, transdermal bioidentical estrogen significantly reduced both systolic and diastolic blood pressure. (Hypertension. 1999 May;33(5):1190-94) In a study of monkeys from whom the ovaries had been removed, estrogen and progesterone replacement reduced the accumulation of LDL (bad) cholesterol within coronary arteries by more than 70%. (J Clin Invest. 1991 Dec; 88(6):1995-2002). In postmenopausal women with hysterectomy, both oral and transdermal estradiol significantly reduced LDL (bad) cholesterol, partly by reducing absorption from the GI tract. (Thromb Vasc Biol. 2000 Apr;20(4):1101-06.

LDL cholesterol oxidation is an important step in the progression of coronary artery disease. Estrogens were found to impede this process, thus preserving the integrity of coronary blood vessels. (Maturitas. 1996 Oct;25(2):125-31)

Premenopausal women with heart disease were found to have significantly lower levels of plasma estradiol than women without heart disease, suggesting a protective effect of estrogen against heart attack. (Coron Artery Dis. 1997 Aug-Sep; 8(8-9):511-15)

Estrogen maintains the elasticity of arteries. It lowers blood pressure and cholesterol. Estrogen’s protective effect is probably the main reason that women prior to menopause have far fewer heart attacks than men of the same age, and the reason why this differential dissolves after menopause.

The main concern of women regarding hormone replacement therapy is the risk of breast cancer caused by taking hormones. Many physicians, including oncologists and gynecologists, assert that this risk is considerable, and should contravene the use of
hormone replacement therapy in virtually all women. We will present data that contradict this belief, even in women with a prior history of breast cancer.

Three thousand post-menopausal women were followed for up to 20 years to compare breast cancer risks in hormone users versus non-users. (JAMA 1987 Jan 9; 257(2)209-15). Overall, the incidence of breast cancer was not affected by hormone use, even for durations of 20 years or more.

In Australia, 1100 women with a prior history of breast cancer have followed an average of six years. (Medical J Aust. 2002 Oct 7;177(7):347-51). Compared with non-users, hormone users had a 40% reduced risk of cancer recurrence, 65% reduced all-cause
mortality and 60% reduced risk of death from the primary tumor. Continuous combined hormone replacement therapy had the lowest incidence of these adverse events. It was concluded that in women treated for primary invasive breast cancer, hormone replacement therapy did not increase the risk of breast cancer recurrence or shorten life expectancy.

One in seven women in the United States develops breast cancer. There are many contributing factors, including overweight, alcohol use, lack of exercise, genetics, dense breasts, age, and probably environmental toxins. Hormone replacement therapy may be a minor or inactive factor, especially if bioidentical hormones, particularly progesterone, are employed.

We have seen two instances of blood clots occurring in women taking oral estrogen supplements, but none in women using pellets, transdermal preparations, or sublingual drops, which are absorbed directly through mouth tissues.

For most women, hormone replacement therapy radically improves their quality of life. Mood, quality of sleep, sense of well-being, energy, the integrity of vaginal tissues all improve. These changes are most apparent during early menopause, but may also occur later in life. We treat women in their 70s and 80s with bioidentical hormones for various reasons, most of whom manifest considerable improvement.

Our methods of choice include subcutaneous hormone pellets, transdermal hormone creams and gels, and sublingual drops or oral troches. Oral progesterone works well, but we prefer to avoid oral estrogen capsules because of the increased incidence of blood clots.

Hormone pellets have been available for fifty years. They should be the treatment of choice for osteoporosis, and for women who are sensitive to fluctuations in hormone levels. 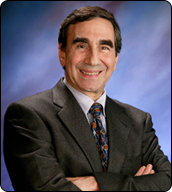 Allan Sosin is the founder and medical director of the Institute for Progressive Medicine. He received his medical degree from Northwestern University Medical School and is board-certified in both Internal Medicine and Nephrology, the study of kidney disease.

Dr. Sosin is an expert in the use of natural approaches to replace drugs and surgery. He has over 40 years of clinical experience in treating patients with traditional therapies and 20 years experience using alternative methods in combination with conventional medicine. He is a member of the American College for the Advancement of Medicine (ACAM) and is a certified Defeat Autism Now!® physician. Dr. Sosin has also worked extensively with IV therapy, acupuncture, and natural hormone replacement therapy. He has successfully treated thousands of patients with serious medical conditions. Dr. Sosin is the author of two books, Alpha Lipoic Acid: Nature’s Ultimate Antioxidant, and The Doctor’s Guide to Diabetes and Your Child, and has appeared on both radio and television.