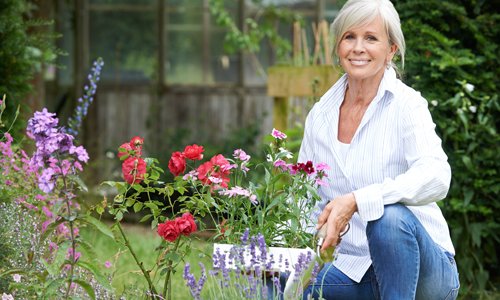 According to a new study reported in the American Journal of Therapeutics (1), the prevalence of traditional hormone replacement therapy is declining in the general population. The trend is primarily attributed to the health related adverse effects of conventional HRT, reported in several clinical trials and research studies. Data indicates that current prevalence of HRT use is 12%, as opposed to 45% in 1996 (2).

Why Natural Hormonal Therapy is safe and effective in menopausal women

Most hormonal analogues that are obtained from organic sources (such as plants and animals) are natural in origin. However, it is very important to realize that the ‘organic origin’ does not determine safety, efficacy and therapeutic benefits, unless these hormones are capable of activating and stimulating the same set of receptors as that of the hormones that are produced by your body.

After carefully studying the pathophysiology of systemic complications and side effects of hormone replacement therapy, scientists have developed and advocated the use of natural hormones (also referred to as bioidentical hormones) to optimize health benefits without increasing the risk of complications.

Natural Hormones are safer and effective in post-menopausal females because of following reasons:

Conventional hormone therapies are derived from plant and animal sources. Consequently these hormones act differently on endogenous human receptors, which makes it difficult to determine the standard dose. For example, it is logical to assume that hormonal agents like Premarin (obtained from the urine of pregnant manes) have a different chemical and morphological configuration as compared to human estrogen and thus may act differently on human receptors. A number of research studies have provided statistical evidence that Premarin aggravates the risk of cardiovascular diseases and deep venous thrombosis due to high potency of mane estrogen (3)

Natural hormones (or bioidentical hormones) on the other hand, exactly mimics the activity of endogenous estrogen and have the same affinity, molecular structure and hormone response, which makes it practical to set a definite and effective dose based on individual requirements.

Most traditional hormone replacement regimens have estrogenic compounds that are ‘unnatural or foreign’ to our body. For example, estrogen found in red clover or soy (also known as genistein) may potentiate or depreciate the effects of estrogen; here is how:

Genistein exert its actions by stimulating the estrogen receptors; however, the intensity is generally lower as compared to endogenous estrogen. Additionally, genistein also blocks the binding of naturally occurring estrogen in the body (3).

Bioidentical hormones (or natural hormones) are safer as the structural and chemical properties are similar to the endogenous estrogen.

3. Minimal risk of side effects:

Intake of plant and animal hormones are associated with varying degrees of side effects; for example, genistein (an estrogen analogue) is associated with moderate gastrointestinal side effects, weight gain and immune dysfunction (4). Likewise, according to the data reported by the Million Women Study (MWS), progestin in the conventional HRT increases the risk of breast malignancy by 30% in the users (5).

Natural hormones on the other hand exert no disturbing side effects as these compounds adequately replace the same hormones that are no longer produced in the body due to menopause.

In short, natural hormone therapy is safe, effective and helpful in females to resolve the disturbing symptoms of menopause.

The Physical changes during menopause
October 11, 2022